In the absence of abs

This is a guest blog post written by Luke Grahame of Tough Love Cardiff. Luke is an experienced personal trainer and has consulted for The Independent on Sunday, The Metro, BBC News and others.

I have strong feelings on direct abdominal training. By strong feelings, I mean that I think it sucks. Excluding rehabilitative and corrective programming, I believe it has about as much worth as a chocolate teapot and is about as likely to help your clients achieve their goals as looking up at a star and making a wish. 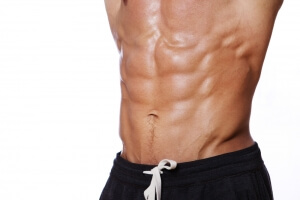 Any fitness professional worth their salt should be aware that spot burning fat is a myth. An eternity of crunches will do very little to uncover those much-desired abs and is more likely to tighten your already tight hip flexors to a breaking point. For those outside the industry who might be getting a little confused at this point, ‘spot burning’ is the misconception that working specific problem areas (abs, triceps, inner thighs) will result in fat loss and ‘toning’ in those areas. Truth Bomb: it doesn’t, it hasn’t, and it won’t. Since the inception of time, not a single bingo wing has ever been banished through tricep kickbacks alone. A tight midsection and visible abs are achieved through on point nutrition and large, multi-joint compound movements that utilise a heap of muscles, burn a bunch of calories, and gradually strip away fat from the entire body, thus revealing the Holy Grail of the six-pack beneath. It’s that simple.

Wait a moment though; in the last few years haven’t all the fitness magazines been full of articles about core strength and it’s vital, ‘functional’ role in a movement? Surely if the abs are neglected then the core will be weaker than the milkiest of teas? This is indeed true, but to understand core stability, one first needs to understand the core itself, which is far more complex than merely the six-pack.

The core encompasses every muscle that attaches to the pelvis, including the glutes, hip flexors, obliques, as well as the rectus abdominus. The role of these muscles is to support and stabilise the spine in a whole range of motions, and not merely spinal flexion or crunching. Squats, deadlifts and overhead presses, along with various forms of loaded carrying, create tremendous muscular activation of the core; far greater than traditional floor-based work. Quite simply, if the 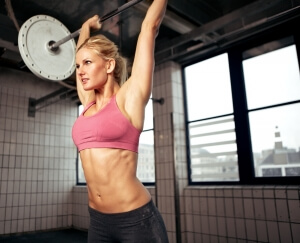 core was not engaged in a heavy overhead press, the spine would collapse and vertebrae would be crushed like crisps under bison. The body is aware of this and is sure as hell going to do it’s best to activate that core musculature to protect the spine. Thus the abs are worked, strengthened, and ultimately forged into a bombproof unit of iron and steel. Which is awesome.

Now I have explained this numerous times to my clients, proved it irrefutably through great results, yet old dogmas can be hard to kill. So what do I do when a client tells me they want to do more core work to work off their holiday belly? Well, I concede defeat and I give them 10 minutes of abdominal armageddon after they have done their squats/deadlifts/carries. Or as active rest in between sets of bench press.

Just because I know that it’s ineffective doesn’t mean that I am too proud to allow my clients to do an exercise which they think helps them. Ultimately I’m here to provide a service that the client gets two things from 1. Results and, 2. Enjoyment. As long as the client leaves the session feeling satisfied and psychologically confident that they are working off that belly fat then it is no matter to me what aspect of their training they believe is producing those results.

So in summary:
•    Direct abdominal work has a place within Personal Training but (in my opinion) in the context of rehabilitative and corrective exercise
•    Visible abs are the product of low body fat not hour long planks
•    Heavy compound exercises work the abs plenty
•    If the client wants to work abs then don’t be an ass – let them have their fun, they’re not paying to be preached at after all!