This is a guest blog post written by Luke Grahame of Tough Love Cardiff. Luke is an experienced personal trainer and has consulted for The Independent on Sunday, The Metro, BBC News and others. 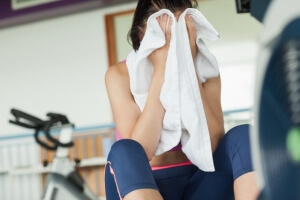 Your training has never been more intense: tri-sets, giant sets, hill sprints, non-existent rest periods, plus a diet that comprises of more caffeine than carbohydrates. There is a war on fat and you are fricking Rambo, laying waste to adipose tissue and body fat percentages like cannon fodder. You are unstoppable. Yet it stops. In the thick of your inexorable drive to leanness, progress grinds to a halt. Fat loss ceases, perhaps even starts to go backwards and, despite training and dieting as hard as you possibly can, it just won’t seem to start again. So where do you go from this fat loss limbo?

Is it really possible to train or diet any harder?

Herein lies the problem. You’re right. You’re one of the honest few who isn’t bullshitting themselves when they claim they can’t train any harder (and this is rare…). However the issue you now face is that the evolutionary marvel that you call your body can adapt to virtually anything you ask of it, and it has. Your twice daily training, plus sprints, fasted cardio and calorie restriction, has become the norm to your body’s systems – they have regulated sufficiently to deal with it and need change no more until a new stress forces further adaptation. The problem is you have no further stresses that you can impose to force adaptation – you have maxed out, peaked, and have nowhere left to go. This is so common among hard trainers; a lack of understanding that it’s not about constant training pedal to the metal. Sometimes you need to actually know exactly where you are heading in order to get there successfully.

Go back to the beginning

Essentially what we’re talking about here is known as periodisation. Now periodisation is a lengthy, deep, subject in itself but at its most basic it is the application of a number of phases or cycles of training with the aim of peaking by a certain specific date, be it weeks, months or, in the case of athletes, years. So what we all want to achieve is adaptation; be it fat loss, muscle gain or whatever. We have ascertained that in order to adapt, we need fresh stimulus. Therefore in the simplest terms, each subsequent cycle should have progressively more stress/stimulus than the last to push the body to adapt.

Split your training programme in to cycles 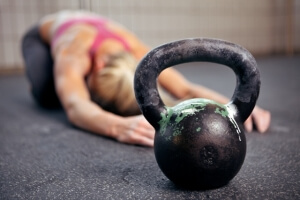 If we were to look at an example 12 week programme, we could divide it into 3 distinct 4 week cycles. The first 4 weeks would be 3 straight set exercises with a total of 9 sets per workout. The second 4 week cycle would involve 5 exercises (some supersetted), and a total of 15 sets per workout. The third 4 week cycle would involve 7 exercises, including tri sets and giant sets, for a total of 21 sets, plus an extra session of cardio intervals. What this hypothetical 12 week programme has achieved is to incrementally increase the volume of training each cycle, as well as progressively increasing workout intensity by using more advanced setting techniques and extra cardio. This approach ensures continuing progression and adaptation without plateauing when compared to using the protocols of the 3rd cycle from the word go and struggling to progress beyond it. Now there are so many variables that we can choose to adjust to create this progression: volume; intensity; rest periods; tempo, and many more. Which you choose is dependent on the way you train and the goal you wish to achieve but don’t fall into the trap of changing EVERYTHING. One or two tweaks is generally sufficient.

Final point. Set yourself a goal. Without a goal, you are doggy paddling in a deep sea with no sign of shore and a swarm of jellyfish for the company. All that effort and pain but with no direction and no ultimate achievement. 8 weeks, 12 weeks or 16 weeks; just set that timescale and from there you can break it down into cycles and plan accordingly to maximise your progression. So, in summary. Set a goal.  Plan how to get there. Start simple and gradually ramp up your training. Save your advanced techniques for once you are nearer your peak/goal. Think of them as aces up your sleeve so only pull them out once you really need them, rather than blow them all at the start of the game. Work hard. Dominate.  Succeed.  Be awesome.